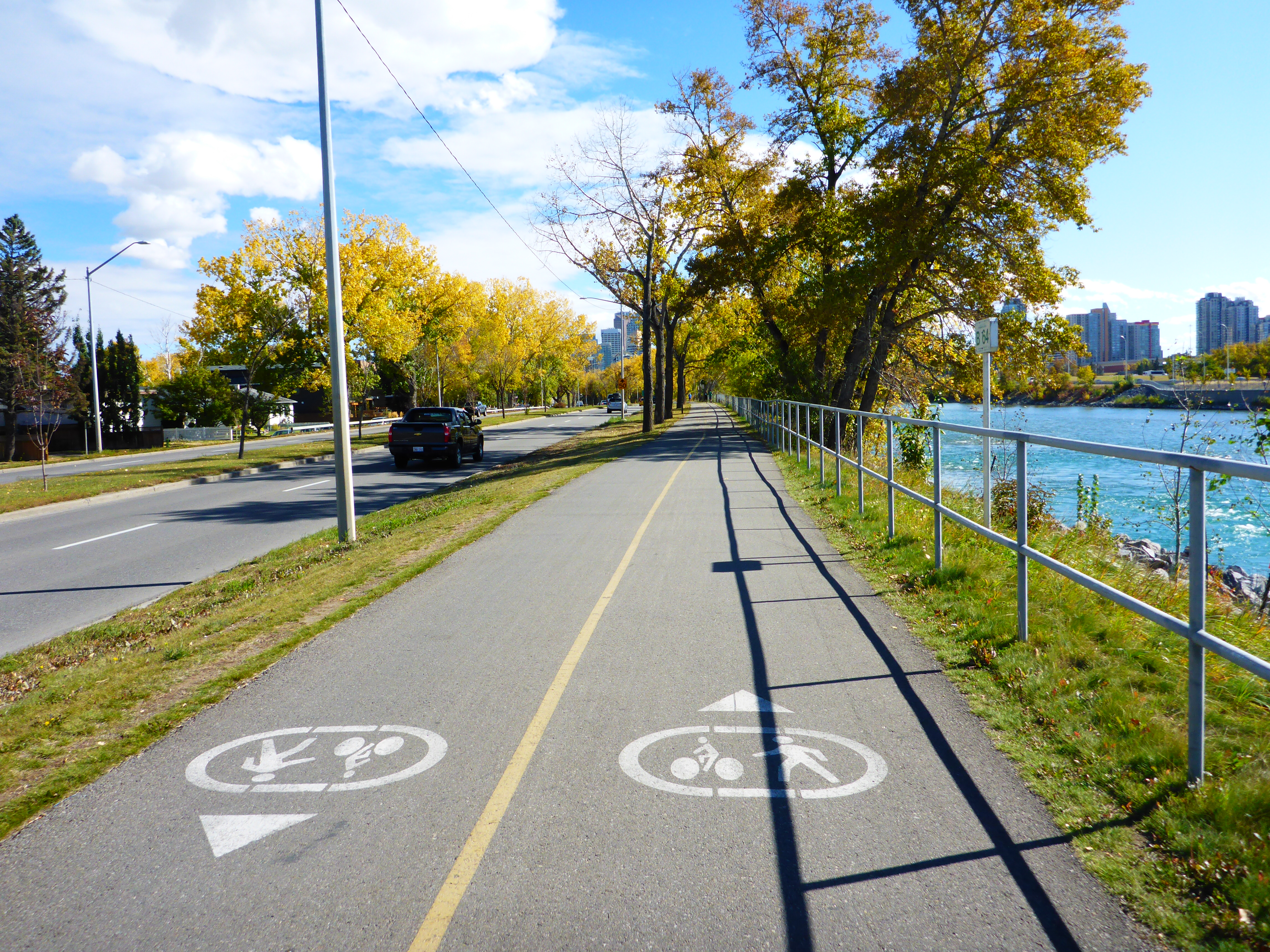 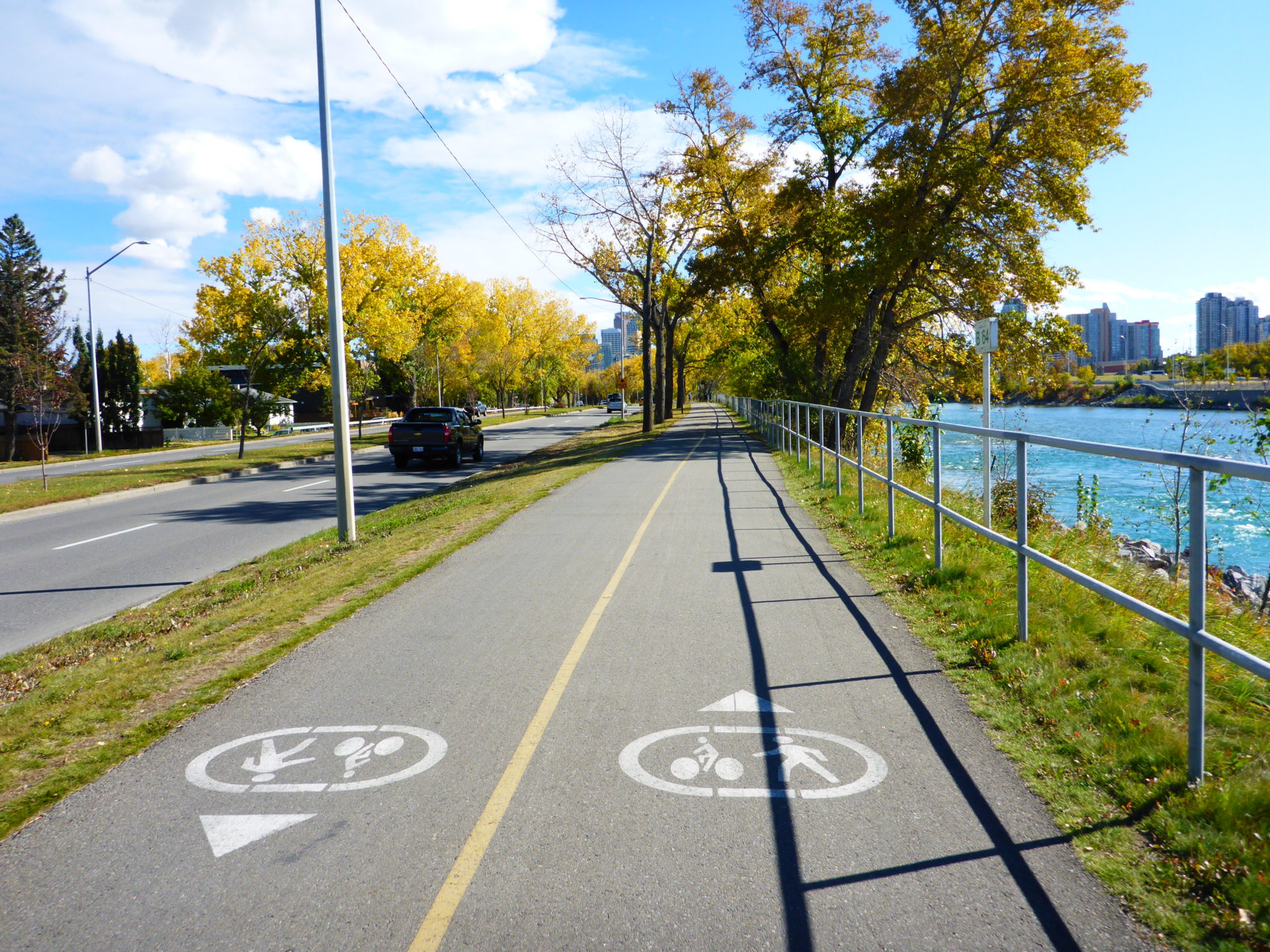 Given the opportunity to exercise I LOVE to cycle.  I am certainly no expert and don’t necessarily possess the best gear or have the best style.  But I love jumping on my 2-wheeler – preferably in perfect weather conditions, I do confess! – and expend some pedal power energy.

If I can note one thing about the City Planners of Calgary it is that they have prioritized the opportunity for both locals and visitors alike to explore the 825 square kilometres of metropolitan Calgary via paved pathways.  This pathway system – one of the most extensive in continental America – is extremely well maintained.  Many well-frequented sections are vigilantly kept clear through the snowy winter months to encourage pedestrians, runners and cyclists to develop and continue healthy commuting, exercise and recreational habits!  The City of Calgary website indicates that there are 900km of pathways and 400km of on-street bicycle routes within Calgary.  It is unlikely that you would find yourself anywhere in the City limits that doesn’t have access to the well demarcated and signposted system within a few blocks of where you are. 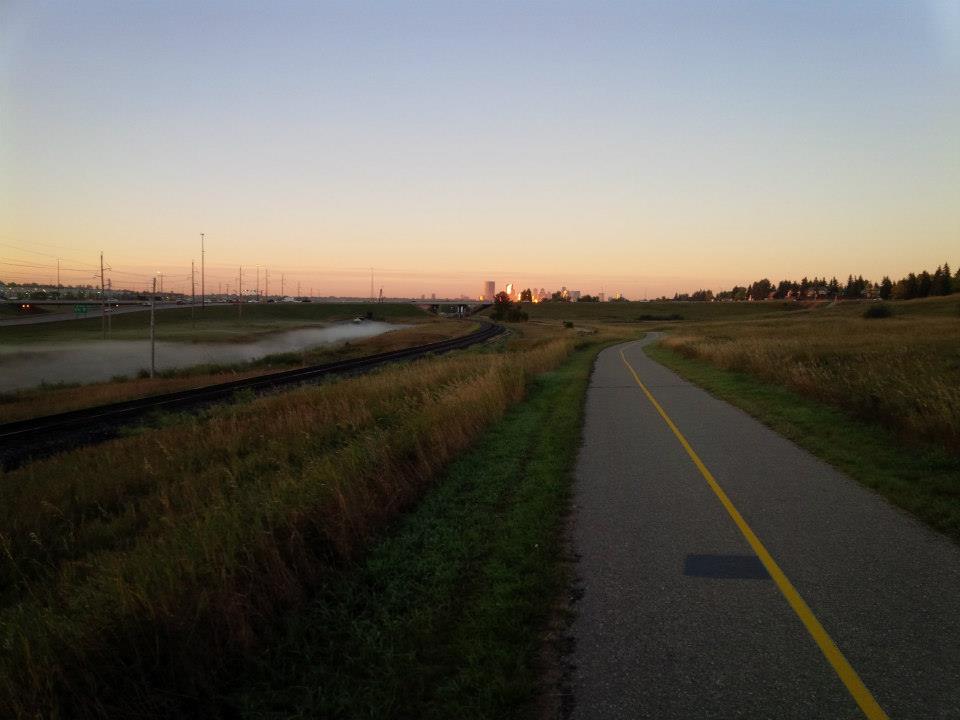 The southbound pathway alongside the Deerfoot heading to Downtown [DD, 2014]

The City continues to expand the pathway network that criss-crosses it from quadrant to quadrant like a fine blood capillary system, enabling users to commute from distant neighbourhoods to the Downtown core and beyond.  As a one-time employee of the Downtown Core I was able to mount my bicycle in the far northwest quadrant and complete the 21km cycle from my doorstep to my office in 50 minutes come rain or shine, wind or … no, not snow.   I did attempt this commute on one frosty morning just before sunrise.  Unfortunately not more than a kilometre from home I took a tumble off my bike as I turned a sharp corner on the pathway where I failed to notice some black ice in the pre-dawn sunrise.  I limped my way home and resorted to the bus instead.  This was a reminder that I needed to exercise extreme caution during inclement weather conditions.  However, in the long run, this incident didn’t hinder me from still racking up some decent commuter mileage that summer season thanks to the pathway system. 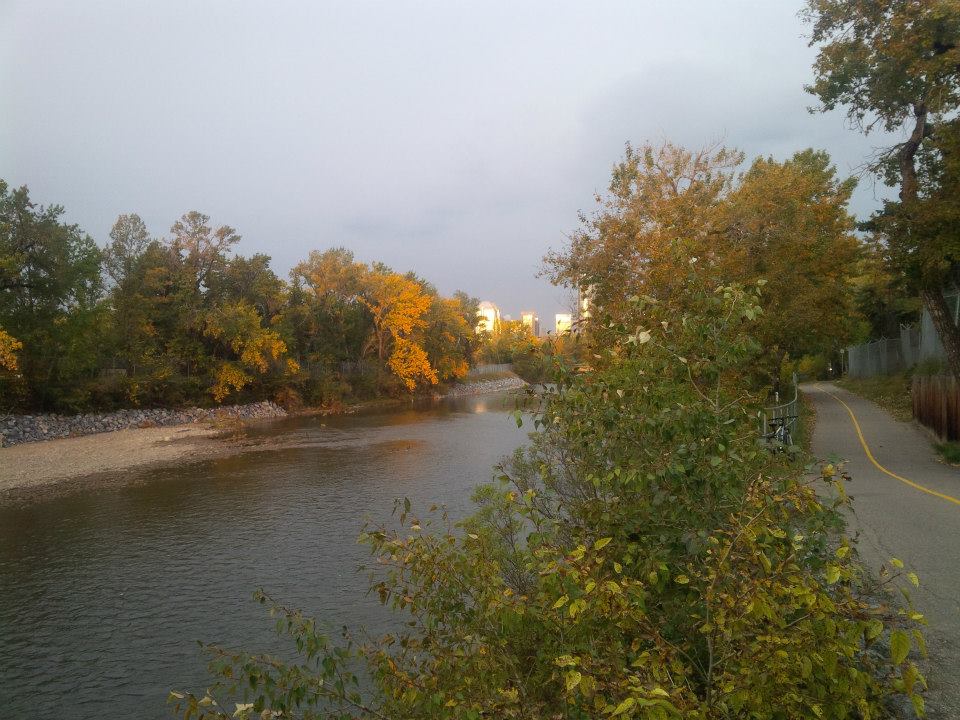 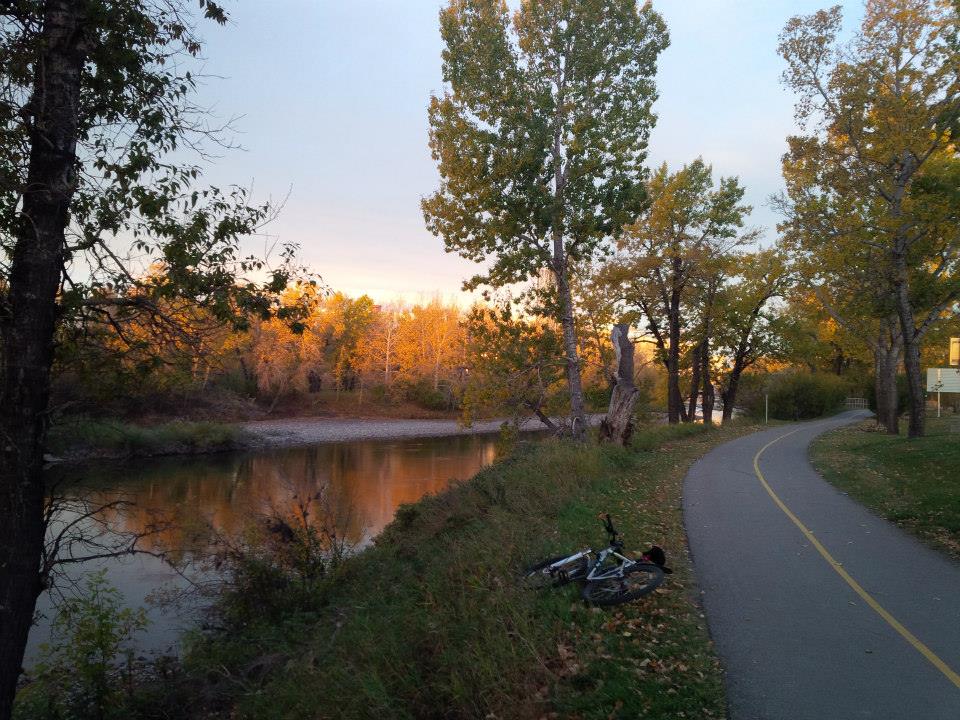 The pathway beside the Bow River approaching Downtown in the Fall [DD, 2014]

The pathways are free for use by all forms of commuters and exercise addicts: cyclists, runners, in-line skaters and those out walking their dogs or pushing strollers.  The paved pathways are divided into two lanes by a solid yellow painted line indicating that, similar to road commuters, users should keep to the right hand side and pass on the left.  This may be tricky at times when some users cycle, run or walk next to one another.  To warn slower pathway users of their approach, bells are mandatory for all urban cyclists.  A speed limit of 20km/hr is posted on the pathways – sometimes slower in some sections.  I’ve yet to see this enforced and, as a commuter I have to say this is not always a practical speed, but is indicative of how the City does try to maintain rules and some form of etiquette on the pathway system.  In some rare cases, for example near Downtown, along the River (along parts of Memorial Drive alongside the south lane) and in some parks (e.g. North Glenmore Park) the pathway is segregated for exclusive cyclist or exclusive pedestrian use.

It should be noted – and I understand that this is enforced – that NO powered vehicles are allowed on the pathway system.  This includes ATVs, quad bikes, scooters or motorized bicycles requiring a license to drive on a main road or neighbourhood street.  Segway, motorized wheelchairs or other equipment used by disabled commuters are generally exempt from this restriction. 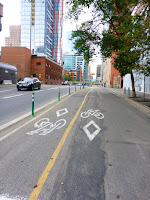 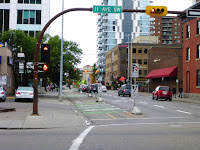 During 2015 a more deliberate push by the City saw several Downtown arterial routes modified to include dedicated cycle lanes.  Cycle-specific traffic lights were implemented, traffic light timings were adjusted, and two-lane road traffic systems were changed to one-way systems in an effort to facilitate increased cycle commuting into the Downtown and to enhance cycle commuter safety.  Strategically positioned monitoring systems enable the City and street-level pedestrians to track bicycle lane usage.  While applauded by most of the cycle fraternity this wasn’t necessarily welcomed with the same excitement by pedestrian, automobile and other street users.  Although this mindset change has been slow, cycle commuter awareness has definitely increased in the City.  Cyclists should still remain extremely vigilant and defensive while navigating the dedicated cycleways and intersections of these on-street bicycle routes!

On that note, I will be sharing some sights, sounds and experiences in future writings that I have enjoyed from my 2-wheeled vantage point in and around Calgary in the hopes that you, too, will be encouraged to get out and rack up some mileage on our City’s extensive pathway system. 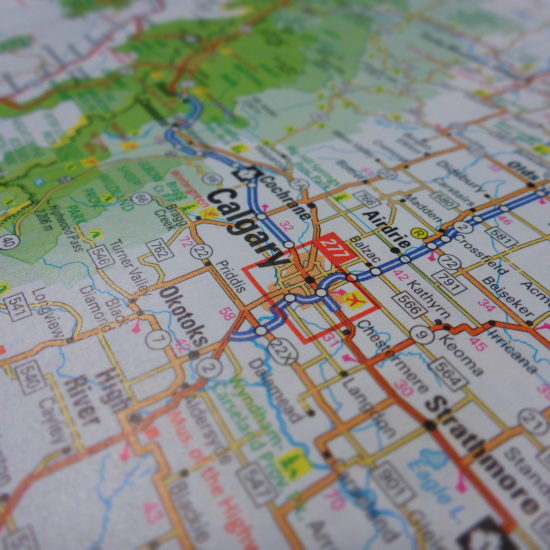 Calgary: Our Beginners Guide to "Getting Around 101" 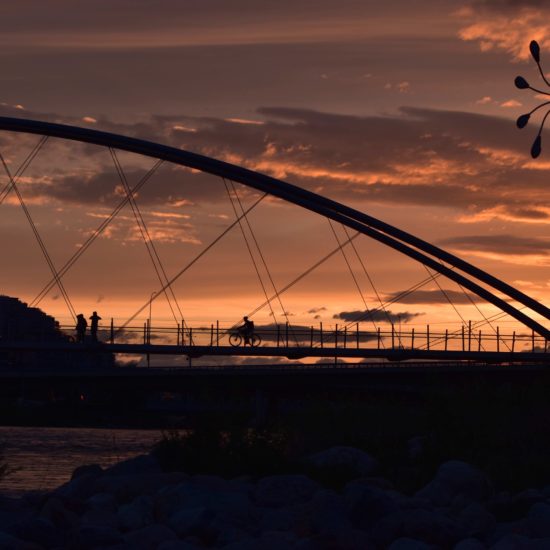 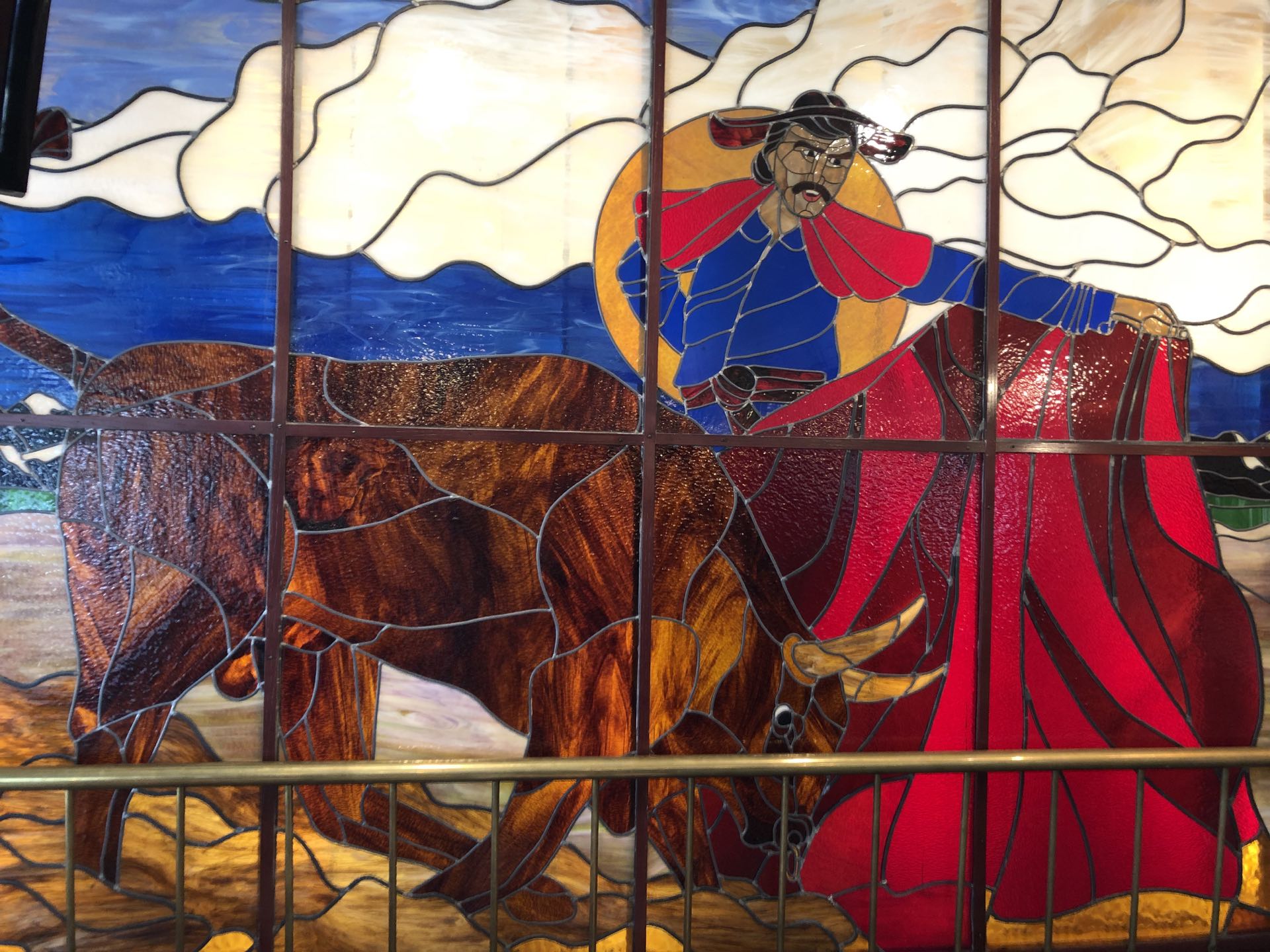