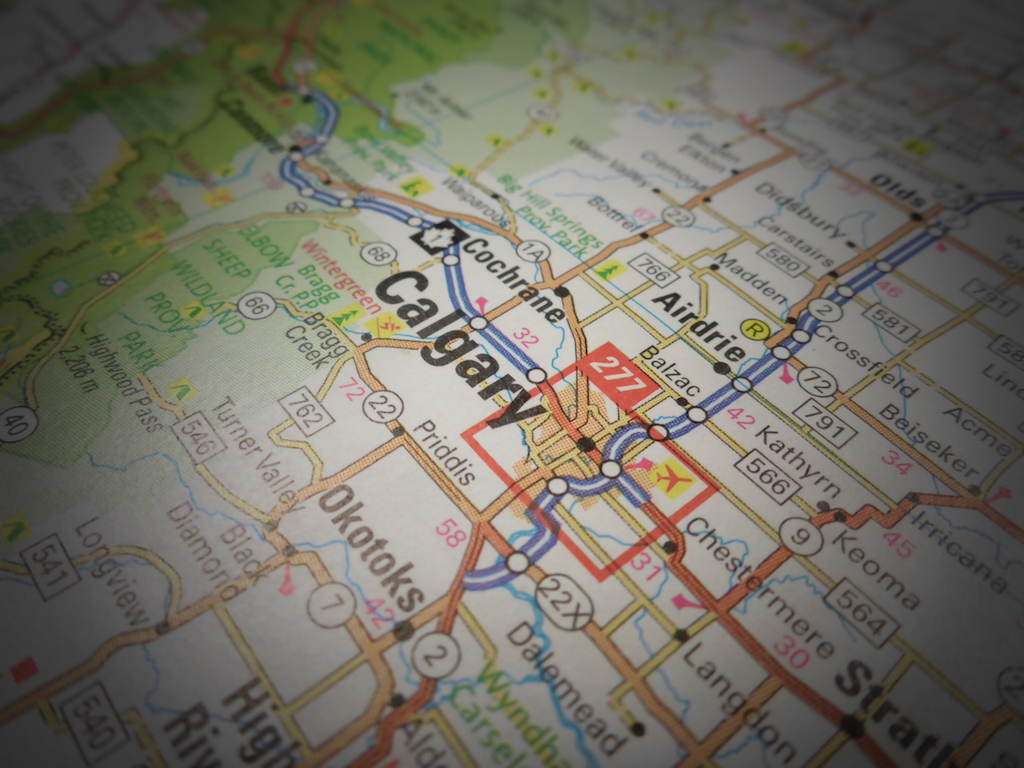 Calgary: Our Beginners Guide to “Getting Around 101”

If you’re arriving in Calgary for the first time it may be helpful to know how to get around from a “Planes, Trains and Automobiles” perspective.

I’ve already provided my insights on the geographical lay-of-the-land in a previous Blog entry.  Using this critical piece of correspondence you may want to mentally overlay it with what I’m about to share with you below if you want to navigate your way around our City with relative ease.

Here is a snapshot of my previous rudimentary City map overlaid with some transportation considerations that I will refer to later.

The Calgary Train (or C-Train or LRT, as it is also referred to) lines and routes are highlighted in yellow on the map above.  There are several key things any new commuter on the C-Train system may need to be aware of: 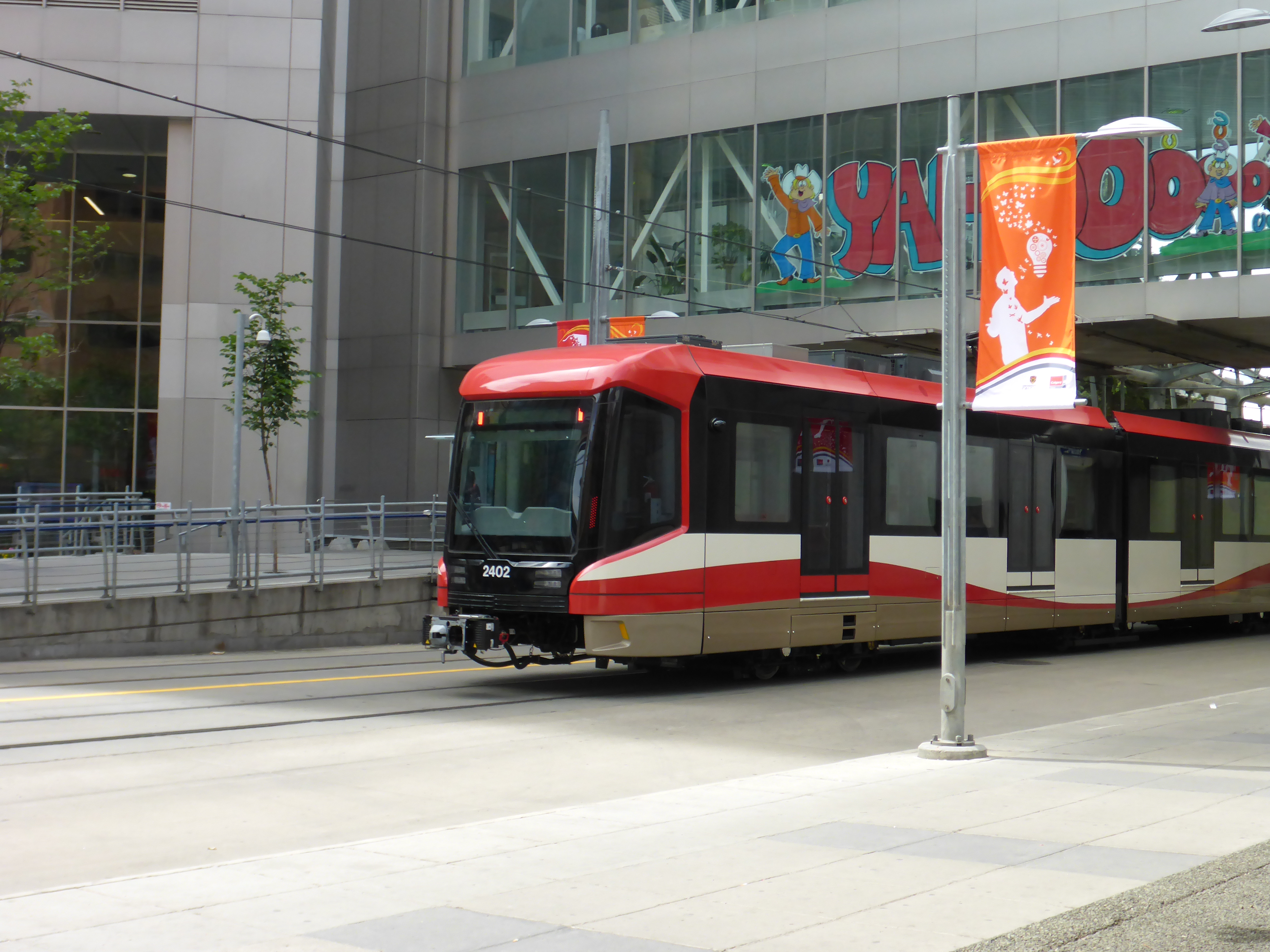 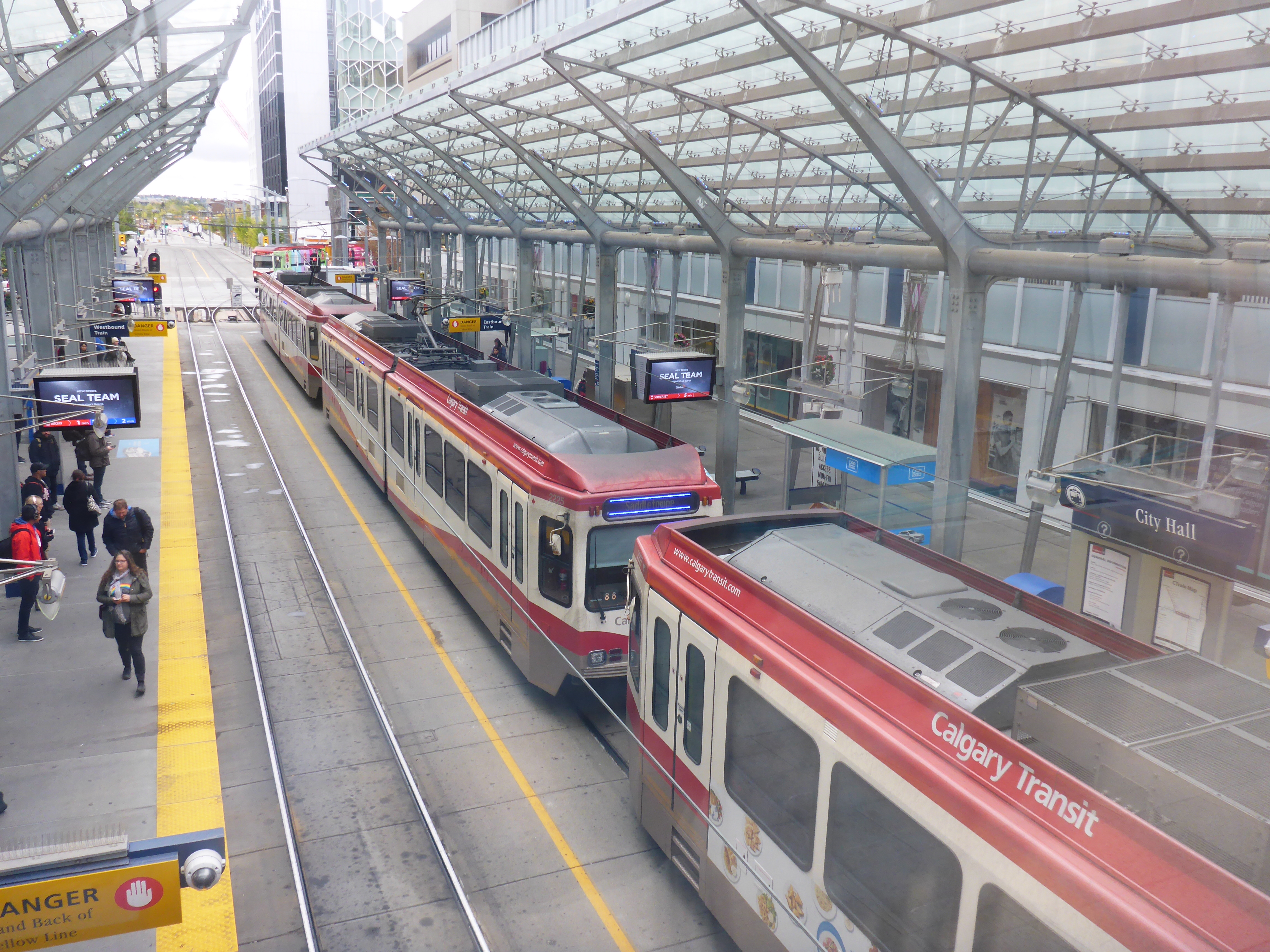 Click here to take a high speed detour along the C-Train line from Marlborough Station to Downtown.

The Calgary Transit (CT) Bus service operates regular routes throughout the rest of the City.  The City runs a desktop and mobile-friendly App that can be used for planning your commuting route.  Some helpful tips regarding the bus system are:

A valid bus or train ticket is required for each travelling commuter older than 2 years of age.  As eluded to above, a critical point to make note of when using City Transit (Train or Bus) is that your ticket or bus transfer stub is only valid for 90 minutes from your time of purchase!  You are able to use your ticket or transfer stub for as many bus or C-Train rides as it takes to get you to your destination, but once your 90 minutes has “expired” you may be eligible for a fine if the Transit Authorities ask to see your proof of purchase and you are outside of your 90 minute window.  Fines are hefty and not worth the risk if you’re outside of your 90 minute window of travel or if you can show no proof of ticket.  Remember that this does not apply to travel in the C-Train downtown Free Fare Zone where travel is always free on the Train.

Numerous taxi cab companies service the City.  Three of the most ubiquitous companies are Calgary United Cabs, Checker Cabs and Associated Cabs.  At the time of publishing this Blog entry the ride-sharing service, Uber, was operational in Calgary although it is tightly regulated so ride availability may be a little limited or wait times might be a little longer than in other international cities.

Associated Cabs has exclusive rights for commuter pick-up from YYC.  However, any taxi company can be used for taking commuters to YYC.

Note that all paid transport departing from YYC, i.e. 300BRT bus and Associated Cabs taxi rides are subject to airport taxes and as a result will incur a slightly higher charge than the same distance / time commute for pickup at any other location off-airport, i.e. away from YYC.  This surcharge does not apply to commutes that terminate / drop-off at YYC.

Use of private or rented automobiles in and around Calgary is plentiful.  As a private commuter,   navigating around the City by automobile is pretty easy.  Peak driving hours are between 07h00 to 09h00 and 15h30 to 18h00 on working weekdays, during which time the main arterial routes to and from Downtown tend to be slow-moving.  Calgarians, as with all North American countries and cities, drive on the right hand side of the road.  This is good and important to know as a first time visitor to North America!  Most rental and privately owned vehicles have automatic gearboxes which makes navigating a city, new roads, potentially icy winter conditions and busy traffic that much easier.

Calgary has no toll roads or bridges within the City limits.

Parking Downtown is  generally expensive, limited and closely monitored!  Pay close attention to signs, roadside demarcations that might restrict parking zones or parking times, and be sure to pay for your parking at the electronic pay station assigned to your parking zone.  Parking can be paid for by cash or credit card.  Plans are underway for mobile pay options to be implemented in the City in the near future.  Note that in many residential neighbourhoods parking is limited and a permit may be required to park there.  Such permits are usually offered to residents of that neighbourhood so you may not park there unless by prior arrangement and then must display such a permit.

Parking for people with disabilities is prolific around the City as long as you are able to display a valid “disabled” sign in your vehicle.

It is highly recommended that your vehicle be fitted with winter tires suitable for driving in the icy conditions that may prevail from October through to March.  Winter tires do NOT guarantee your safety; safe driving habits and caution are more likely to save you.  However, winter tires may go a long way in granting you peace of mind when driving, so consider this when renting a vehicle.  Note that if you are using a rental vehicle to commute to another Province you will need to ensure that you are familiar with the rules in that Province.  As an example, fitting winter tires to your vehicle is mandatory in British Columbia between 1st October to 31st March while this is not a mandated requirement in Alberta.  You need to ensure that your vehicle is equipped accordingly otherwise you may be fined.

Use of motor cycles is significantly less common in Calgary and is primarily limited to recreational purposes by bike owners.  Specific motorcycle licensing is required in order to rent or own a motorcycle of a specific engine size.  I am not covering the ins, outs, benefits and precautions of owning or riding a motorcycle in this Blog.

Finally, cycling is a great way to see Calgary.  For understandable weather-related reasons the season for cycling is limited primarily from mid-Spring to whenever the pathways might become icy or when the snow flies.  That being said it is not uncommon to see die-hard commuters cycling in the dark of winter, but this is not recommended for the feint-hearted or the under-equipped!  There is more information provided in the Blog entry titled “Calgary:  Pathway and Bikeway System” about getting around the City by bicycle or on foot!

Post a Reply to I AM Calgary cancel reply