Five Free Must-See Things to Explore When in Transit Through Frankfurt, Germany

Frankfurt, Germany is not only synonymous with frankfurter sausages, it is also Germany’s fifth-largest city and home to Europe’s largest financial centre.  I recently found myself on a seven-hour layover at Frankfurt International Airport, one of the busiest by passenger traffic metrics in the world.

I have previously spent more hours in transit cooped up in this airport than I care to remember.  Always requiring a costly visitors’ visa to leave the airport, I’d grit my teeth and endure the long layovers in the confines of the sprawling terminal building.  January 2020 marked my first layover here as a Canadian Citizen.  Now no longer requiring a visitors’ visa, I was determined to make the most of my free pass to finally escape the airport terminal and explore the city.

I exited customs at 7am on a fresh winter’s Wednesday morning.  After enquiring at an airport information desk, I was pointed in the direction of the S-Bahn train station, easily accessible by foot from the terminal building.  Still relatively early in the morning, help at the station was limited.

Having no German speaking ability, I made some sweeping assumptions as to which train I should venture onto and what ticket I’d need to purchase from the vending machine.  The machine dispensed transit passes for numerous travel options.  As it turned out, a days’ transit pass would give me multiple train rides, if required, and was cheaper (€9.50) than buying a single ticket (€5 per journey) into the city and another single return later.

Even at the pre-workday hour, trains seemed to be readily available.  Catching the S8 or S9 train took me to where I planned to kick off my morning exploration.  The trains, equipped with free Wi-Fi, enabled me to do a quick probe into what sights I wanted to explore during my brief, unplanned jaunt into the unknown.

I left the train at Konstablerwache, emerging from the underground station onto a quiet plaza as the sun began to brush the sky in warm hues.  Armed with my downloaded off-line Google map, I navigated to my first destination.

Here is a link to my walking route.

The imposing structure of the 7th Century red sandstone Gothic-style St Bartholomew Cathedral (Kaiserdom St. Bartholomäus) has stood the test of time.  With an original chapel having occupied the site from the year 680, subsequent structures were built in ever-increasing size in 794, then in 852, until the main block hall was built in the late 1200’s.  The structure, as it is seen today, was built (and rebuilt after fires and war-time damages) from the 1300’s until the present day.

The Catholic cathedral was already open and hosting a morning mass in a side chapel when I arrived before 8am.  I spent some time here reflecting on my recent vacation and also contemplating the new year ahead.  The artefacts, statues, side chapels, wall carvings, massive vaulted ceilings and cavernous architecture make the space a compelling visit.  The wing housing the pipe organ was closed off while the instrument was under refurbishment.

Because of the early hour, the observation deck wasn’t open which was a bit of a pity.  I guess missing out on the sunrise city view did save me the €3 access fee and a stair climb.  Entry to the Cathedral was free.

Walking along the Main River (Mainkai)

As I ambled away from the Cathedral it was like stepping into a crisp winter morning canvas, framed by wind-still conditions and a near-cloudless sky.  I meandered towards the Main River where I strolled along its bank (Mainkai).  I tried to capture the golden glow of the morning sun on the bridges traversing the river, the dancing reflections of the surrounding architecture in the placid waters, and the seemingly hushed silence of the ever-growing numbers of pedestrian commuters.

It was a glorious morning in Frankfurt.

This iconic iron bridge has become the destination for a growing number of romantics who head here to symbolically lock their love to the steelwork.  Not too dissimilar to the tradition that seems synonymous with many locations in Paris, the bridge is slowly beginning to heave under the load of a multitude of padlocks of all sorts.

Enjoying the sights of the city skyline from the bridge makes a walk across the structure another worthwhile reason to visit here.

The City Hall, called Römer, has been in the possession of the city council since 1405 and is made up of nine adjacent houses.  The surrounding square, the Römerberg, derived its name from the city hall.

Sadly, at 9am in the morning there is not much happening in this cobbled square and activity in the surrounding historic buildings is pretty limited.  None the less, it’s a cool destination to make some unique poses and take a multitude of selfies to capture the moment and tell your friends “I was here!”

A few curio and souvenir stores were beginning to open their doors when I passed through the square.  I was sorely tempted to join the growing crowd of tourists huddled outside the popular Alten Limpurg, indulging in a frankfurter along with a comforting mug of warm gluhwein. Given the earliness of the morning, I thought this to be a bit of a decadent indulgence!

Instead, I continued with my exploratory amble.

The square above the Frankfurt Hauptwache seems to be a popular gathering spot and is also home to numerous historic and modern destinations.  Some of those that caught my eye were:

What didn’t I see?

While this list of five free destinations were things I discovered while on the hoof and with limited time to explore, I can only imagine what I could’ve seen had I planned ahead of time and had I been there when places were open for business.

For instance, I was fascinated by the décor of Hans im glück, a burger grill and bar, that captured my attention and left me wondering what it would be like to dine there.

I was curious to know what was on exhibition behind the closed doors of the Museum of Modern Art.

I would have loved to pop into the Tintin pop-up store to check out the fun displays and familiar comic figurines.

The Historisches Museum Frankfurt would’ve been interesting to explore and discover more about the city.

While just the architecture of the Schirn Kunsthalle Frankfurt Art Gallery captured my curiosity.

I did enjoy a brief rest-break, cappuccino and apple pastry at Wiener Feinbäckerei Heberer GmbH (€4) which seemed to be frequented by many locals who passed by to pick up their favourite bread or pastry for breakfast.

All-in-all, my sojourn into Frankfurt lasted four hours and cost me a cool €13.55: not a bad way to spend an immaculate winters’ morning rather than being confined to an international airport terminal. 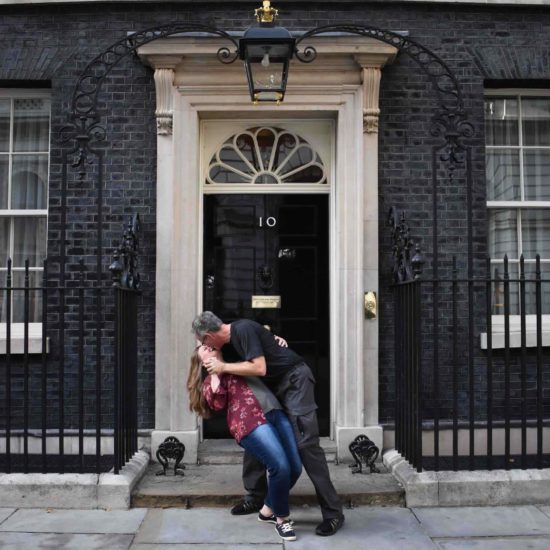 Highlights From my First Year as a Canadian Citizen

Is It Worthwhile Catching the Tube to Central London During a Layover at Heathrow? What Naïve Tourists Should Know 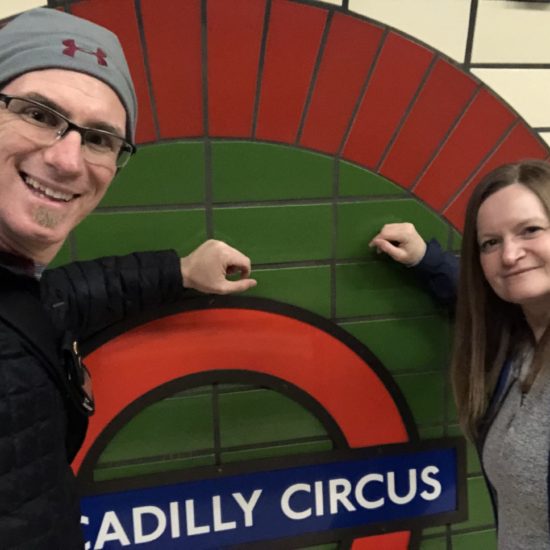