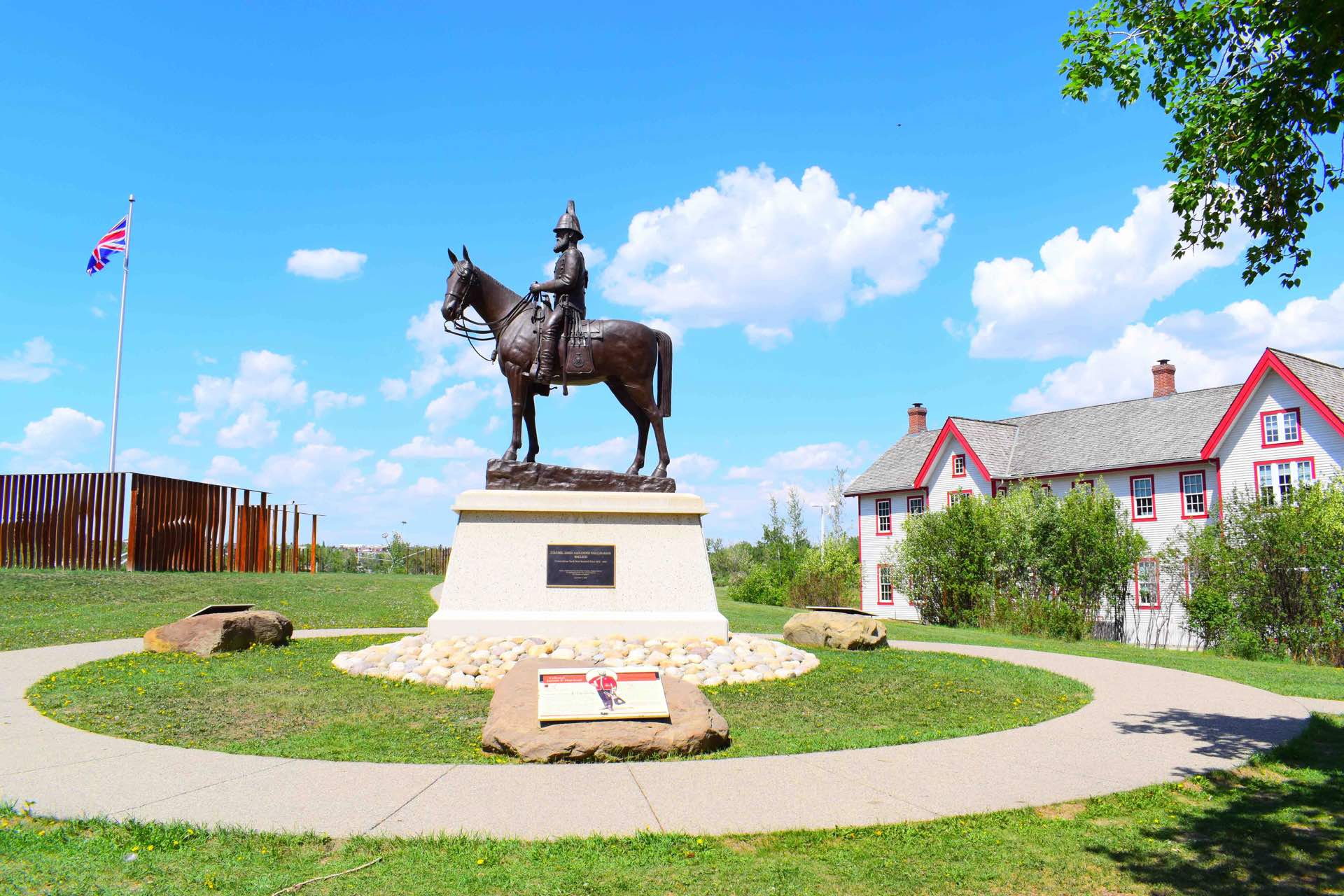 Fort Calgary, regarded as the birthplace of the modern City of Calgary, is a National Historic Site of Canada, operated by the Fort Calgary Preservation Society. Nestled at the confluence of the Bow and Elbow Rivers, the extensive 40-acre grounds situated in the city’s East Village are steeped in indigenous and colonial history.

Established in 1875 by the North-West Mounted Police – now the Royal Canadian Mounted Police (RCMP) – and originally named Fort Brisebois, Fort Calgary lies on the south bank of the Bow River at its confluence with the Elbow River.  Constructed of pine and spruce logs that were felled upstream and floated down the river, the Fort was originally established in an effort to expel the whiskey traders from the area.  One of the original businesses that was housed by the Fort was the Hudson’s Bay Company.

Originally commanded by the unpopular Captain Brisebois the post was called “The Elbow” or “Bow Fort” but was renamed in 1875 by Captain James MacLeod to Fort Calgary after Calgary House, a castle at Calgary Bay on the Isle of Mull in Scotland.  A decline in the whiskey and buffalo trade in the late 1870’s saw the Fort downscaled by 1880.  But a resurgence in activity in the area due to the arrival of the railway line in 1883 saw the original fort being torn down in 1882 then destroyed by fire in 1884 prior to being rebuilt and able to house 100 men in a two-storey single barracks building in 1888.

Largely destroyed by the Grand Trunk Pacific Railway that bought the land in 1914 and created a rail terminal here, an archaeological crew from the University of Calgary unearthed the Fort’s original wooden beams and artefacts in 1970.  The City of Calgary reclaimed the land in 1974. The present site was reopened in 1978.  A replica of the original barracks was opened on the site in 2000.

The existing museum highlights early life in Calgary’s evolution through numerous engaging interactive displays, memorabilia and artefacts, some of which are captured in the gallery below.

A visit to this historical City of Calgary birth site will offer you an opportunity to explore the interpretive centre, participate in interpretive tours, attend an indigenous program, stroll along the River Walk, meander across the extensive 40-acre grounds, or enjoy seasonal events and concerts hosted by the Museum. All of this and more is located in the emerging trendy neighbourhood of the East Village and is within easy walking distance of the heart of downtown.

Discover more opportunities to include Fort Calgary in your city itinerary with these additional suggestions and nearby locations from I AM CALGARY:

IAC’s Moral-of-the-Moment: “Sometimes, looking back locates us in the present and helps us to more intentionally navigate into the future“ 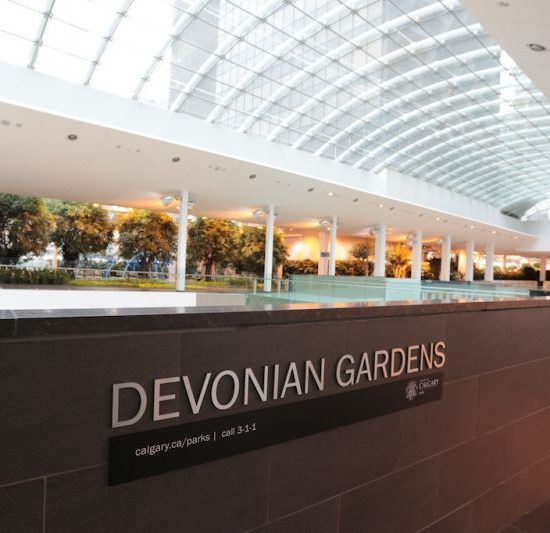 Amble into the Allure of Chinatown 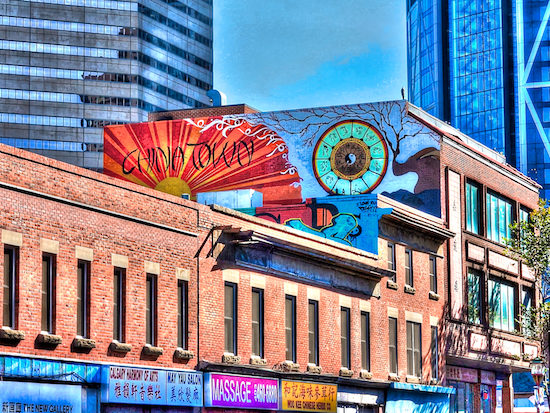