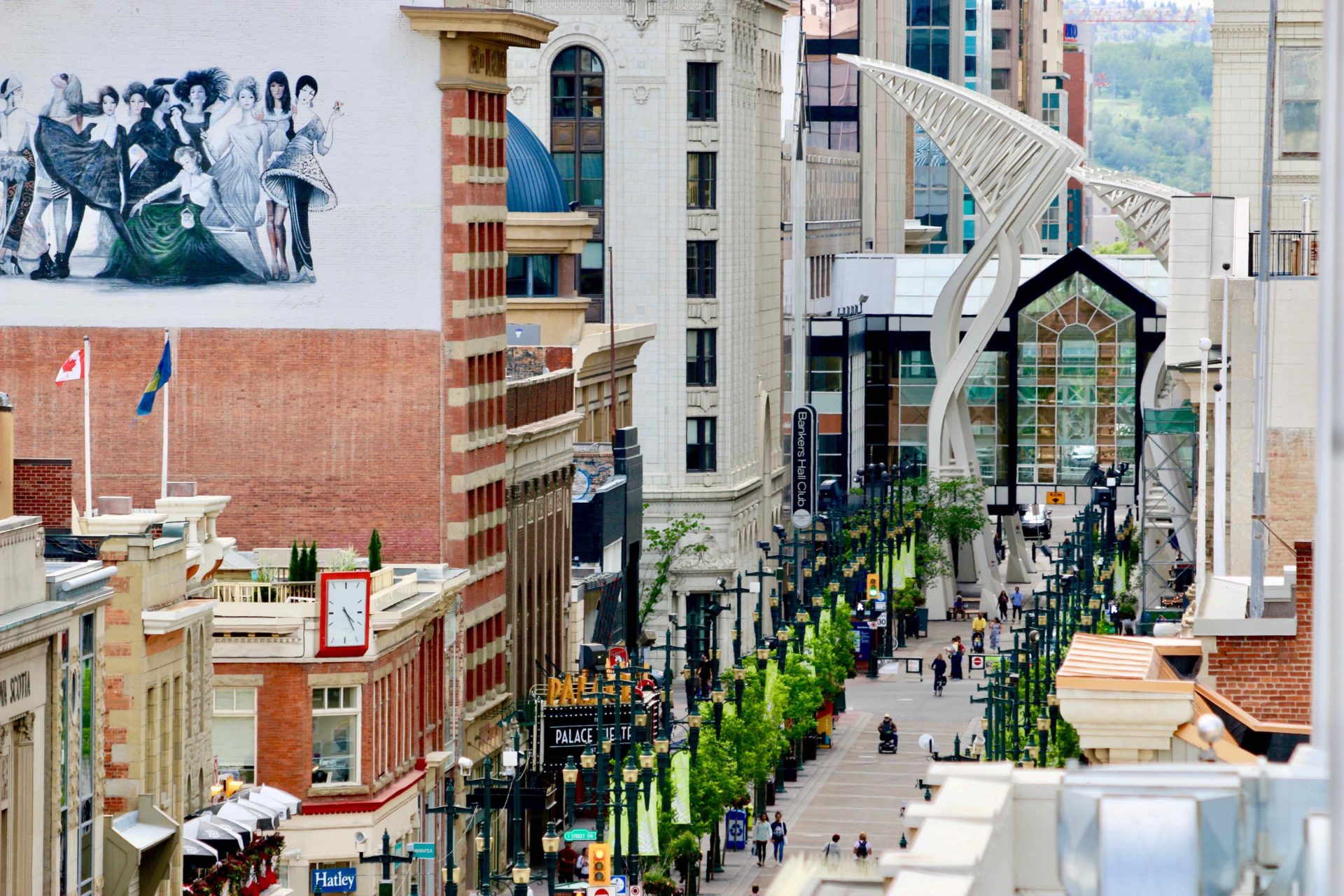 As Albertans, oil and gas is in our blood.  Some may say it is our blood.  But is this life-blood beginning to congeal in our very veins?

Officially established in 1875, Fort Calgary is recognized as the birthplace of present-day Calgary, originally home to the Northwest Mounted Police.  Much has happened since then to define the ever-changing landscape and skyline of the city.  With the original city growth attributed to the fur trade, then later beef and wheat, none has been quite as influential in driving this change as Alberta’s love-to-be-hated energy industry.

Alberta’s first oil well was discovered at Cameron Creek, 220km south of Calgary, in 1902.  The first natural gas pipeline was built in 1912.  Calgary’s population exploded from 4,091 in 1901 to 56,514 in 1916.  It has been growing at a steady pace of over 25% per decade ever since.  While the global (oil) crises of the 70’s, 80’s and 2008 have proven Alberta’s resiliency to bounce back from the boom-bust cycles, the latest economic downturn remains one of the longest Albertans have had to endure with little-to-no end in sight.  Since the global price of crude oil tanked in 2014, glimpses of a resurgence in oil price and demand provide brief respite and short-term artificial windows of hope.  Since then, ongoing job losses, bankruptcy, ruined hopes, dreams and even lives seem to have become the order of the day.  Fingers could be pointed at organizations or individuals for having lived beyond their means in a hyper-abnormal bubble.  This is not unlike the artificial housing markets, political manipulations or perceived economic powers that drive micro-economies in other Canadian cities, provinces and beyond.

In all of this I wonder when and how it would be possible to facilitate diversification of a region’s wealth-generation to better weather the storms of these inevitable instabilities?

Having been a casualty of the 2014 oil price slump and subsequent recession that has impacted Alberta, I was forced to consider alternate employment opportunities and career options.  As I embarked on that journey, which still continues to this day, one of my first observations was how these economic troughs cause many affected members of society to become entrepreneurial.  Some may call these people opportunists.  Some may call them creative.  Some desperate.  Whatever the interpretation, those who have attempted to pursue new start-up opportunities in the current environment have been gutsy, even where those endeavours haven’t paid off as they’d hoped.  A spin-off of this has been business incubators that have equipped entrepreneurs to try to dream big, to brush off the sense that their identity is wrapped up in the perceived security that a seemingly secure corporate environment might falsely grant them.

As Alberta’s economic depression persisted, the newly elected NDP government was pressured into exploring ways to alleviate the surging tide of unemployment.  Some of the earlier initiatives included extending employment insurance benefits, while government-funded grants were enhanced to stimulate entrepreneurship in areas that could benefit the government and economy.

While people were forced to reconsider whether Calgary could remain home, many tried to find their way to make ends meet by utilizing existing assets to generate wealth.  The ride-share company, Uber, that had been borne out of the previous global recession, began to make a more prominent appearance on city streets.  People began opening unused spaces in their homes to accommodate short-term guests under the Airbnb umbrella.  Another initiative that appeared was the peer-to-peer car-sharing company, Turo. These and other initiatives have all been met with their fair shares worth of resistance as the formal taxi and hospitality industries sought to moderate, if not squash, these enterprises for understandable reasons.  The failing oil and gas economy was inevitably going to have ripple effects throughout every sector of the province.

It was during this time, as I dabbled with Airbnb options, that I realized how ill-informed visitors to Calgary were about what the city had to offer.  Admittedly, the vast majority of the guests staying in our home were tourists and not people seeking to do commercial business in the city.  They were mostly non-Calgarians who were funneling through our home en route from or to the nearby Rockies.  Surprisingly, the overwhelming majority had little or no intention to visit and explore the city itself.  All that Calgary meant to them was a transit hub through YYC, Calgary’s International Airport!  In an economy that was desperate for any form of financial injection or even morale boosting, it made me realize just how under-recognized or under-marketed our city’s resources and attractions are on the international traveller’s radar.

While construction of the new YYC international terminal may have started during an energy boom when population growth predictions for the city were on a positive trajectory, the completion and commissioning could not have come at a worse time, in my opinion.  As impressive as the new upgrades are for visitors to our city, they remain grossly under-utilized by foreign visitors.  This is evidenced by the withdrawal of some regular flights by international airline carriers who have cut back on their schedules due to a slump in demand for Calgary as a destination and gateway to Alberta.

While thousands of families continue to wonder how to make ends meet, it’s no surprise that residents are jaded and cautious about getting behind monumental development projects.   With no end to the economic slump in sight, solutions to personal financial uncertainty will always take precedence over the city’s best laid economic plans.

It’s too bad that implementation of city infrastructure and social initiatives that could bring growth and global focus get caught up in a whirlpool of bureaucratic and political muddied waters.  This leaves taxed citizens ambiguously informed as to how to support and vote on these matters.  The LRT green line.  A new multi-functional Flames Arena.  An attempt to host the 2026 Winter Olympic Games.

Raising the minimum wage, a move by provincial government that sought to help struggling employees, seems to have had the opposite effect.  Small business employers now have to think twice about hiring staff.  Others are on the cusp of wondering if entire shifts need to be cut, or whether they can even afford to stay open at all.  An inevitable increase in city services and general cost of living has seen many minimum wage residents coming away with less in their pockets at the end of a week, assuming they can even stay employed!

And all the time the government’s inability (or indifference) to attract or even retain foreign investment that would inject much-needed confidence and cashflow into the province’s crippling economy persists.

Bill C-69 continues to be hastily expedited.  Under the guise of environmental protection, it primarily serves to thwart any significant development projects, regardless of energy, infrastructure or recreation.   In essence, it creates stricter environmental impact criteria that will only result in increasing project costs and implementation time lines.  While I have every respect for and endorse environmental considerations, one would hope that decision-makers would be seeking ways to unlock opportunity rather than further retard it.

In the meantime, in the energy sector, the new oil wells and rigs projection has been recently re-forecasted and the 2019 predictions look to be declining compared to the original estimates.  Companies are electing to further withdraw their investments and reassign their assets to the more cost- and time-attractive opportunities south of our border.  This, even as provincial government has mandated a cut in oil production from Alberta for 2019 in an effort to inflate the discounted Western Canadian Select oil price.  The price has recovered significantly since the December 2018 announcement.  The 8.7% cut in output volumes has been significantly offset by the almost 300% increase in price per barrel of the Canadian product at the time of writing this article.  This may ease some pressures on local producers if it can be sustained.  While new pipeline development projects remain hamstrung, the proposal to commission more railway cars to export our declining volumes seems to only further burden the rail network and increase the risk of environmental hazards.

None the less, the appeal of our city as a destination is no less attractive.

New high-rise buildings still sprout up in the downtown core despite the all-time-low office occupancy rate.

Urban sprawl continues to extend Calgary’s city limits as if there was a population explosion that needed to be accommodated.

The final southwest quadrant of Stoney Trail (our city’s ring road) is snaking its way to a targeted completion in 2020.

With all this development one would think we were living in ignorance of the challenges facing our city and province.  However, it is fantastic to see how some of this infrastructure – which I acknowledge is being built at a time when construction rates are lower and budgeted dollars potentially go further – is still attracting international acclaim.  The new Central Library epitomizes this point.

If the new proposed Flames Arena would become a multi-functional facility it, too, may serve to attract visitors to our city.  Geographically and infrastructurally Calgary remains well poised to welcome the world to her doorstep.

Let’s be known for the best hospitality in North America.

Let’s be known for the best convention centres and performance venues.

Let’s be known for excellence in the arts and entertainment.

Let’s attract top-name filming and movie houses to film in our streets, neighbourhoods and on our ranches.

Let’s up our game on despatching the best tours and excursions to showcase the nearby natural wonders surrounding our city in every direction of the compass.

Who are we and what are we capable of?

There is no doubt about it: Albertans are resilient.  They are also generous, solid and salt-of-the-earth souls.  Despite financial pressures, just observe the overwhelming response when they rise to the occasion to meet a need.  Community and even city-wide evacuations due to natural disasters. A mid-winter house fire.  A go-fund-me fundraiser for a grieving family or sick child.  The hearts and generosity of neighbours and strangers remains inexplicably huge.

Our identity is not just in energy, despite having oodles of these resources – both literal and metaphorical.  We have something significant to offer the world.  Help us create opportunity to discover, tap into and then execute these together.  And while we do this, I have no doubt that the energy giants that continue to support our economy will one day begin to harvest a profit that will re-establish Alberta as a powerhouse.  But by then may it be more as equal partners to the emerging diversity that our city and province can harness and create through diversified sectors, rather than as the single-source saviour that we had all become dependent upon.

In closing, this very compelling message by Chris Slubicki to the Canadian Energy Leadership is a strong, and for many, encouraging reminder that the energy industry will be alive, well and vital for many years to come.  Love it or hate it, energy will remain a sector that will be the life-blood of many – if not every – economy, not least of all Alberta’s.  Yet, we would still do well to aggressively and collaboratively pursue diversification for the health, wealth and well-being of all our citizens.

Please leave your constructive views and comments in the REPLY section below.  I’d love to hear from you. 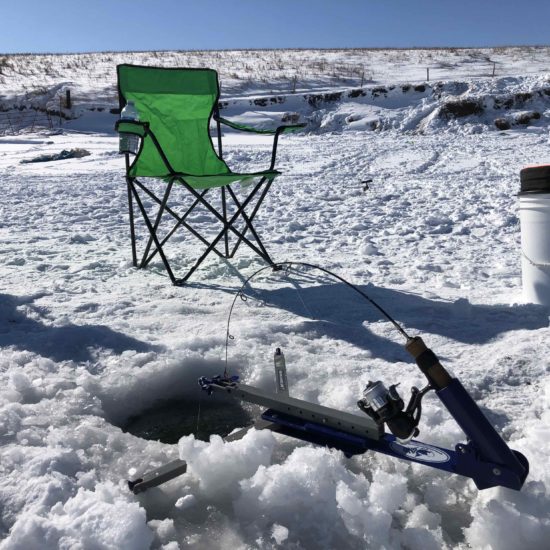 A Boutique Hotel, A Chef and a Miserable Weekend - Part 1 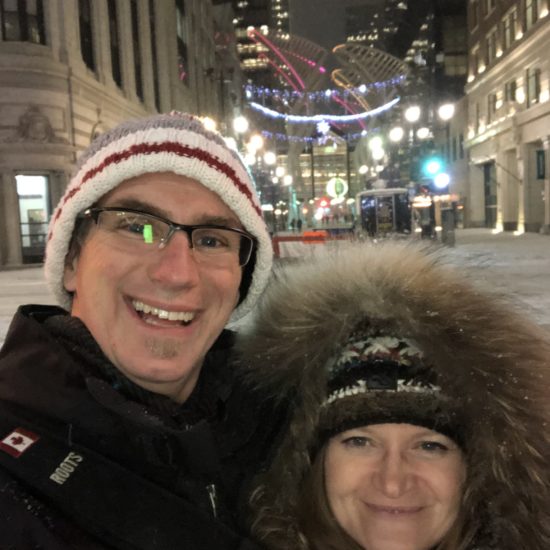