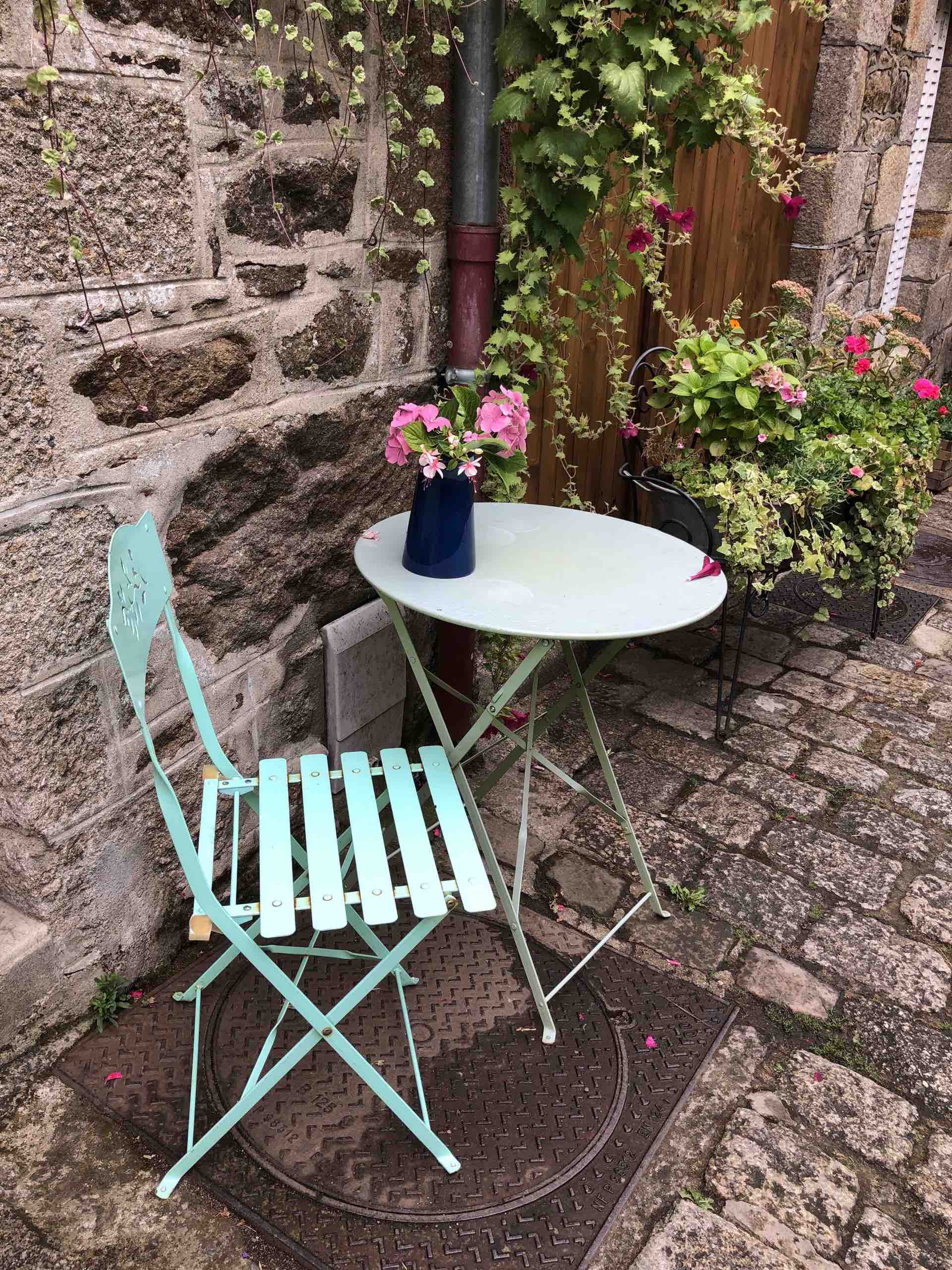 Detouring Through the Medieval Streets of Dinan: I AM CALGARY’S Summer of 2019

Dinan – not to be confused with nearby Dinard, as is easily done when trying to pronounce the names of the well-known Brittany towns as English-speaking folk in slurred French – is another tourist magnet.  Visiting this medieval town is like stepping into a time warp for North Americans.  When compared to our very recent history, how can such a wealth of history exist in the fortresses and surviving ruins of so many towns and villages at every turn?

This once-walled city, still flaunting evidence of its ramparts, hosts a communal fabric that is interwoven by extensive cobblestoned streets embroidered here and there with historic half-wooden houses.  With most of the old town positioned high atop a flatland overlooking the River Rance, one can descend down to the slow-flowing waters’ edge to the Port of Dinan via steep streets and pathways.  Dinan is a wandering tourist’s heaven, as we discovered for ourselves.

Arriving on a days’ outing from St Malo with no pre-planned idea of what we would do or discover, we parked our rental vehicle in an inexpensive parking lot near the cinema.  Having no idea of where we were or where we were headed, we relied on my impeccable sense of direction and inherent sense of “knowing” to take us to the best attractions that historic Dinan had to offer.  Armed with our trusted secondary mobile phone with the downloaded Maps.me App maps of the area, our day packs, rain protection and wife in-tow we hit the paved streets.

View a sample video of our explorations on our YouTube Channel here.

Click here or on the image below for a Google Maps Satellite view of our approximate walking route.

We Needed a Plan and Food and Other Things

It didn’t take long to recognize that we needed a more robust plan that extended beyond my fast-failing intuitive capabilities.  We also needed food and a public washroom, not necessarily in that order.  We had neither.  Totally lacking any conversational French ability (using hand gestures to anxiously request directions to a public toilet can easily be misinterpreted!), and relying fully on our map App, we finally located a less-than-hygienic facility.  Once relieved, it was time to replenish our diminishing reserves.

We located a nearby pizzeria, which seemed a pity being that we were in the heart of rural France and should’ve fuelled up on crepes or baguette.  None the less, le Celtic Brasserie & Pizzeria on the town square served us satisfactorily well on this occasion.  With the pressing urge for food and waste now taken care of, we could confidently focus on our day’s primary task: sightseeing!

For the most part we followed the trails of tourists who seemed to know where they were heading through the cobbled streets and alley ways.  That seemed to work for us.  We didn’t know what we were missing out on along the way, but what we did see captivated us and kept our camera trigger fingers occupied.

We eventually landed up alongside the River Rance at the Port of Dinan where we were soon forced indoors to enjoy coffee and crepes while we tried to wait out an afternoon rain shower.  By the time the weather started to ease, time started to catch up on us.

We slowly made our way from the riverside up the historic Rue de Petit Fort, lined with shops that are home to diversely skilled artisans.  We could happily have indulged spending more time (and money!) here, but we had a train to catch from St Malo to Paris that evening.  As we dashed back to our vehicle to return to St Malo, it was with a twinge of regret that we had so little time to spend here.  Nevertheless, we were very glad that we’d made the detour to Dinan and elected to spend the day exploring here.

Images from our walkabout in le Port de Dinan:

Can you pronounce the difference?

Explore a bit more of Dinan on our YouTube channel. 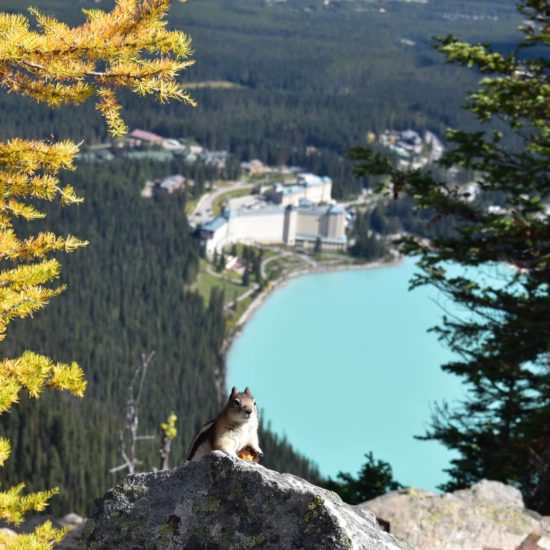 Hiking Lake Louise and Larch-Peeping in the Fall

A Blend of Culinary Delights from Europe: I AM CALGARY'S Summer for 2019 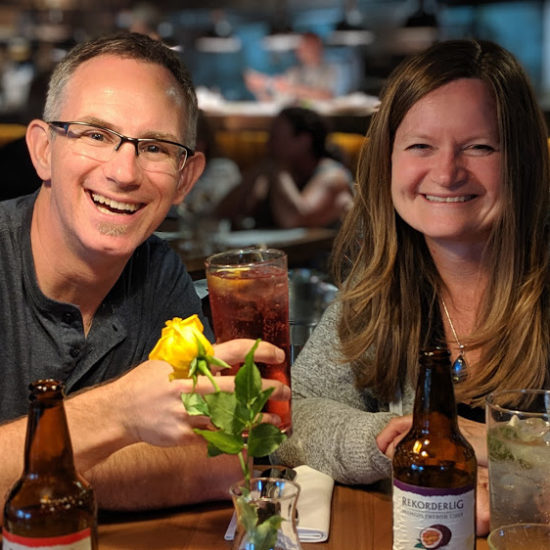