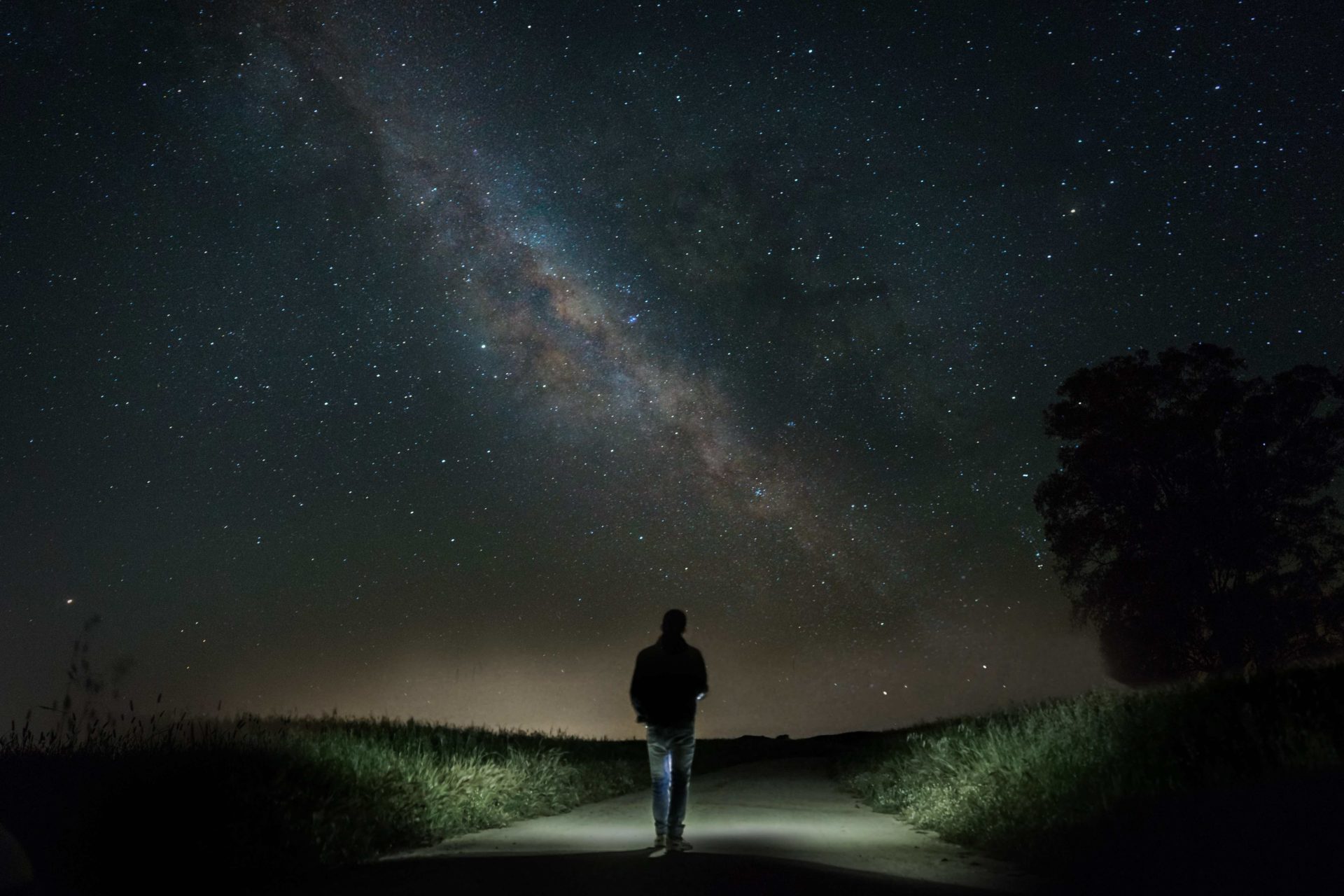 Afraid of the Dark?

For me, personally, the tragedy of the recent Ethiopian Airline Boeing 737 Max 8 crash that killed 157 people, representing 30 nationalities, is eclipsed only by the fact that I don’t think I recall any of the details of the first Max 8 disaster.  I’m saddened by the fact that it took the Ethiopian tragedy to jolt me into awareness that this wasn’t the first of its kind but the second in less than six months.  Does that mean that the 189 lives that were lost in Indonesia’s Lion Air disaster, the first Max 8 to fall out of the skies, on October 29th, 2018 were any less valuable?  Did that tragic news story merely get lost in the clutter of everyday life or, perhaps, in the saturated world of online news?

It was Christa’s birthday yesterday.  I mentioned in a previous post (“What’s in a date?”) that she’s not too keen on celebrating her birthday.  Surprisingly, though, she woke quite chipper and ended up having a great day despite being engaged at work and in work-related activities from 8am until after 8pm.  She seemed to be ok with that.  Maybe it minimized too much celebratory hoo-ha.  Little did she know that I’d spent at least three hours of my day trying to upload a birthday post to her Facebook account to honour and celebrate her publicly.  Do you think that I could get that one simple task right?  You’d think that after 45 minutes I’d had given up.  But it was her birthday.  And this was my one shot to get it right.  So, I persevered, trying every 15 to 30 minutes to repeat the upload.  I tried posting it to her wall.  When it didn’t work I eliminated tagging her.  Then I downsized the photos.  Then I eliminated the photos altogether.  Then I just tried posting it to my wall and tagging her.  Then I eliminated the tag.  And again, eliminated the photos.  NOTHING worked.  I tried on the laptop.  Then on my phone.  I eventually gave up, moments short of throwing either device out the window into the thawing snow!  Instead, I resorted to writing her a lengthy card with loving sentiments for her eyes only.  Our social media world would now forever be deprived of my sappy birthday love note and photos!

At the same time I was attempting to upload photos to Instagram.  After all, that’s an integral part of what I do as a blogger.  Here, too, my efforts were thwarted as I slowly came to a seething boil at my seeming ineptitude to manage online technology.  I didn’t persevere with this for very long.  The birthday message on Facebook was my priority.  That, aside from also studying for my upcoming Professional Engineering certification exam in between my failing social media attempts.

In amongst all of this I realized one of my home Wi-Fi boosters was off-line.  “What??  No wonder I’m losing connectivity?”  I redirected my seething emotions towards my wireless service provider who now become the focussed object of my ire.  By then I’d run out of daytime and needed to leave the house to run errands.  I’d have to deal with this tomorrow. These first world problems!

As I switched on the news in the car I learned that social media had been down for the better part of the day.  Suddenly some light came back into my darkening world.  I was no longer the break in the technology circuitry.  My technology upload woes were way bigger than me.  None the less they had come to influence my world, succeeded in thwarting my productivity, and robbed me of the opportunity to express my public undying love to my beloved!

While all of this was a burning frustration to me, Christa remained blissfully ignorant and unfazed by the social media blackout that was sweeping the tech world and that had engulfed my little world.  And indirectly, hers, too.  She would now be robbed of all those birthday messages reminding her of how valuable and loved she is to so many.

Once my phone seemed to resuscitate itself with beeping social media notifications as the tech glitch was restored, I was reminded just how reliant I’ve become on this form of connectivity.  I’m no conspiracy theorist, but it did highlight to me how interconnected and integrated our lives are with this type of media.  It also made me cognisant of how my awareness and thinking is steered and managed by what the media tells me and how it steers me to engage with world events.  When I lived in Africa, it was primarily African and European politics and events that dominated our news.  Now that I live in North America, it’s like we’re the centre of the universe, that no other continent exists, and our happy/sad monitor is controlled by what I am fed online … which is primarily western news.  Perhaps this also helps create mountains out of some mole hills while diverting our attention from other real global issues.  Why had I not been jolted into awareness at the time of the Lion Air disaster in October?  Had it merely gotten lost in the clutter of the media trivia that was appearing on my automated news feeds?

Now that another 150 lives have been lost in the latest Boeing disaster, some of whom were dignitaries and global representatives, the impact and media-hype is more prominent and somewhat more hard-hitting.  Granted, the implications are monumental given that this may be a technical flaw that impacts another 350 or more similar planes across numerous airlines, multiple geographies and potentially transporting in excess of 52,000 passengers.  The ramifications could be catastrophic.  Is this now just the latest news that I am made to focus on because my newsfeeds have numbed me to the ongoing Syrian holocaust, for example?

What does happen to my life when the social media channels go down, like they did on Christa’s birthday?  When it seems like the lights have gone out and I’m no longer able to correspond “normally”?  Do I become afraid of the “dark”?  When the “lights” are switched on again and I return to my world of information overload, does it cause me to reconsider who drives the filtering process of what I hear and see and respond to?

As I’ve migrated to these new platforms of communication, driven by global popular demand, innovation and on-line presence, and as the data management race becomes the new global currency that governments tenuously navigate, should it cause me to re-evaluate how I live my public life online?  Or am I too far gone to recover and regain my privacy?  Do I fight the system or do I embrace the inevitable?  I suspect we live in a changing world that will require us to exercise heightened wisdom in how we manage ourselves and our affairs, because everything is public and little is deemed sacred. 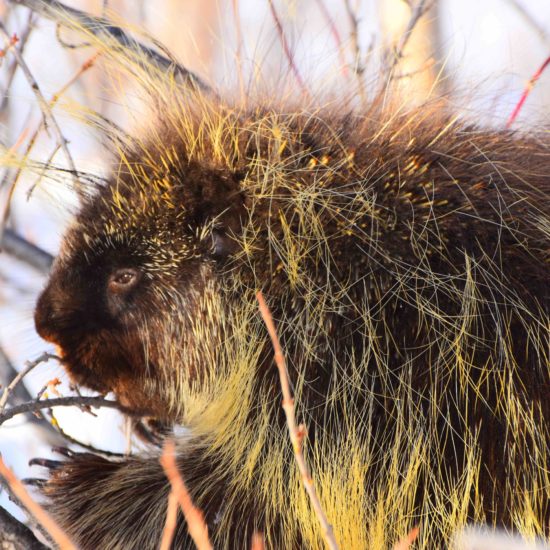 Porcupines in the Park 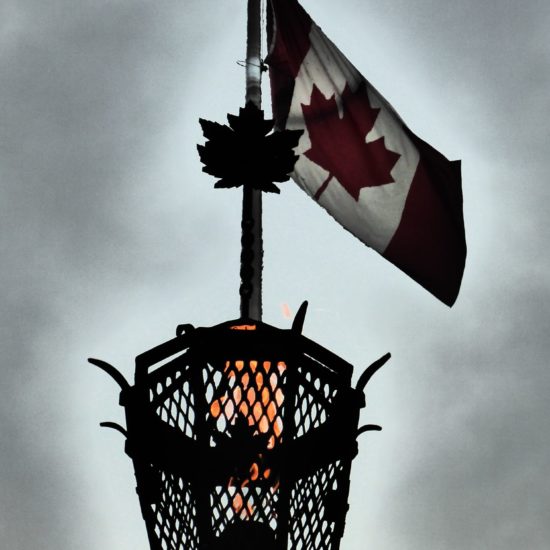